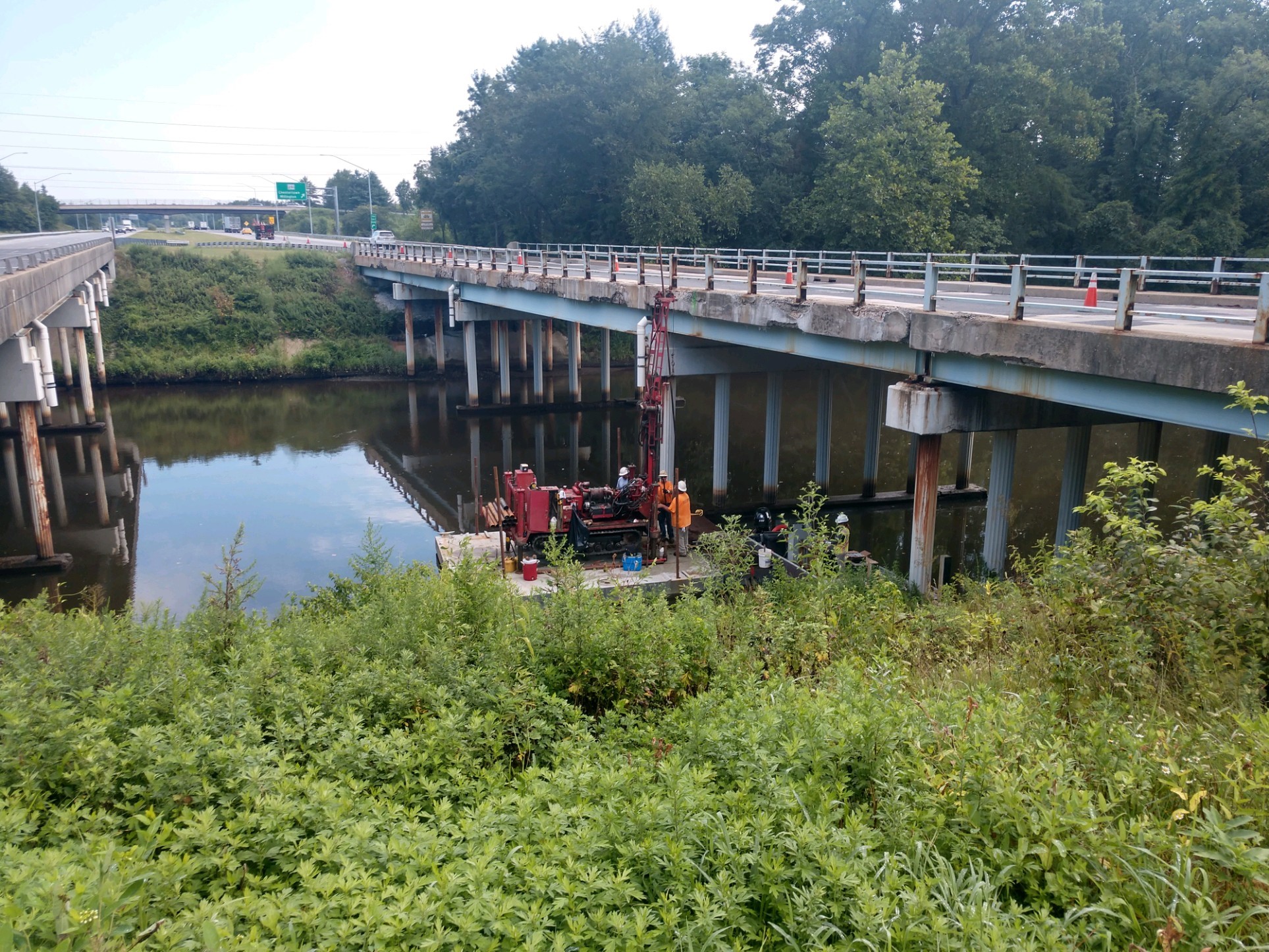 The project was part of a design study to determine the cost of replacing the northbound bridge structure. The original bridge was constructed in 1955, and in 2015, the bridge deck surface was noticeably deteriorating.  In 2019, MDOT’s Maryland State Highway Administration (SHA) issued a replacement design study.  As part of our SHA Statewide Drilling Contract (SDSC2016), Hillis-Carnes performed barge and land drilling to determine site soil conditions and provide the Design Team with necessary data to determine the projected cost of the replacement bridge.

Mobilization of the barge-mounted drill rig while on the Chester River required use of a crane for assembly and a push boat for maneuvering the barge into position.  Using GPS and drone reconnaissance, our team was able to observe and plot a course up the river, at times navigating shallow waters to access the boring locations. Hillis-Carnes’ Work Plan stated that drilling efforts would often require high tidal conditions to safely maneuver the barge; additional planning and preparation for continuous work during low tides kept the overall project on track.

Thanks to the effectiveness of our work plan, efforts of our team, and some good luck encountering better soil conditions than expected along the Eastern Shore, this project, scheduled to take a month, was delivered in two weeks and under budget. Kudos to the SCG team for their success on this challenging project!