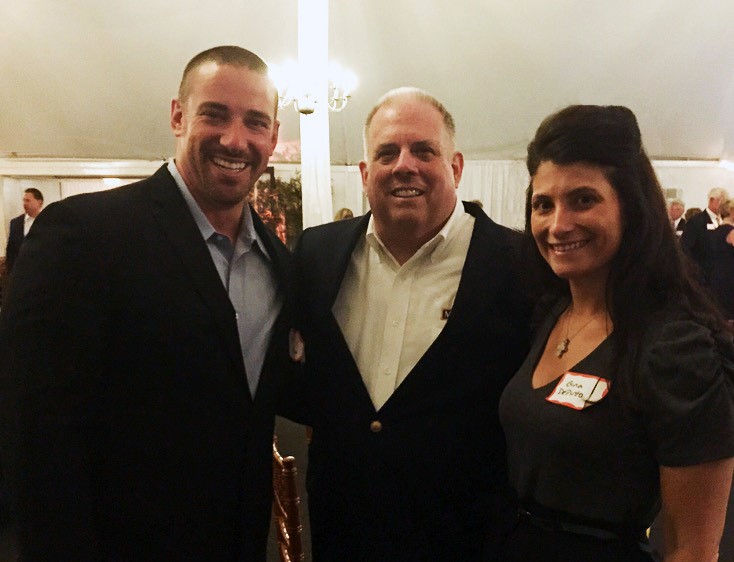 Marketing Manager, Gina DePinto, and our Cecil County Branch Manager, Charles Shaw, had the pleasure of meeting Maryland Governor Larry Hogan at the Cecil County campaign fundraising dinner, which was held at The Wellwood in Charlestown, MD. Hillis-Carnes proudly sponsored the event and had the opportunity to listen to Governor Hogan speak about future residential and commercial development within Cecil County, as well as financial support from the State government in the upcoming years. In addition, Hillis-Carnes had the opportunity to speak with members of the Cecil County government and the state Senate, as well as local developers and site contractors while attending this event.