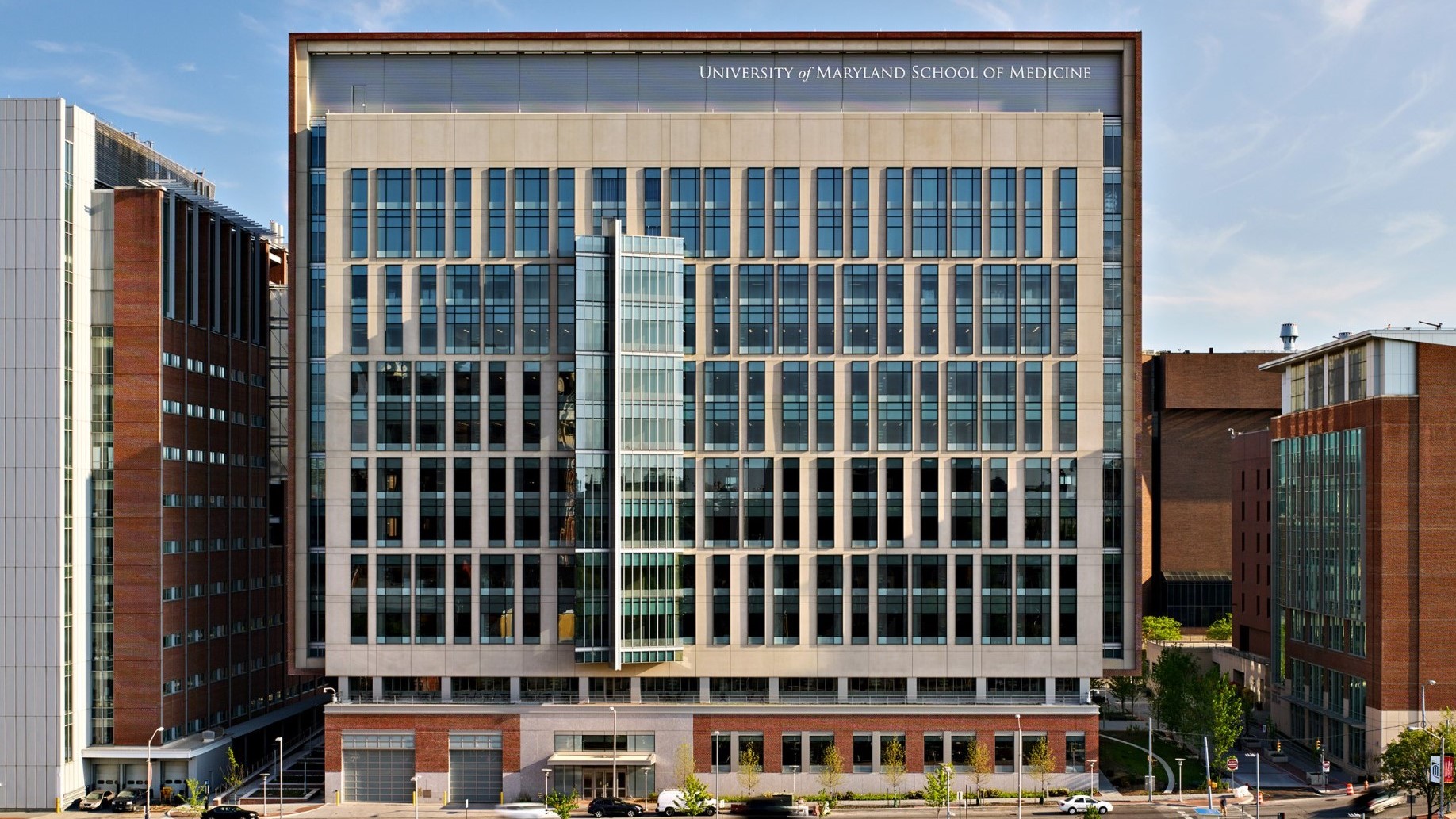 The University of Maryland Health Sciences Facility Phase III development consisted of the new construction of a state-of-the-art biomedical research facility, located on the existing Baltimore, Maryland campus. The 419,500 GSF facility is designed with two distinct lab towers connected by a glass atrium with bridges across it. The 10-story lab towers include both dry and wet lab support and office spaces, featuring workstations and offices for computational research groups and will accommodate up to 100 principal investigators between the two lab spaces. This collaborative facility was built adjacent to the existing Medicine, Pharmacy, and Dentistry schools and designed to combine research groups from the different departments of the School of Medicine into a single facility to advance the work of the researchers and improve interaction among the research groups.

Our team checked the exposed soils at the base of the footings to determine if the appropriate design bearing pressure was available, and to check the footing excavations for proper size and reinforcement. Samples of concrete were tested to ensure temperature, slump, mix duration, and air content were applicable and cylinders were transported to our laboratory for curing and compressive strength testing. The structural steel framing was tested for column plumb, bolt torque, and visual welding for proper compliance with the on-site plans, specifications and AISC code. Full-time inspection and observation services during the installation of tunnel waterproofing were also performed. Significant time and manpower was dedicated to the resolution of the tie-in detail between the Grace Preprufe system and the Cetco system at the Dentistry building and ensured that the waterproofing system was in conformance with the contract documents. In addition, Hillis-Carnes was asked to provide third-party exterior envelope inspections for the installation of the various roofs, brick lintel, and flashing on the project.

GPR Surveys around the project site, specifically in the vicinity of proposed crane pick locations were also requested by the client. Hillis-Carnes utilized a NOGGIN™ SmartCart with a 250MHZ antenna to emit an electromagnetic pulse into the ground, record the echoes and build an image from the echoes to scan the subsurface areas for possible voids.

Hillis-Carnes was also asked to provide Groundwater sampling services during this project. Over the course of construction, water was encountered entering the excavation for the future building site of the Health Sciences Facility Phase III. Therefore, our team obtained water samples from the site and ran a multitude of tests. The tests consisted of Flouride, Trihalomethanes, Coliform, Metals, Pesticides, Herbicides, PCBs, VOCs and SVOCs. 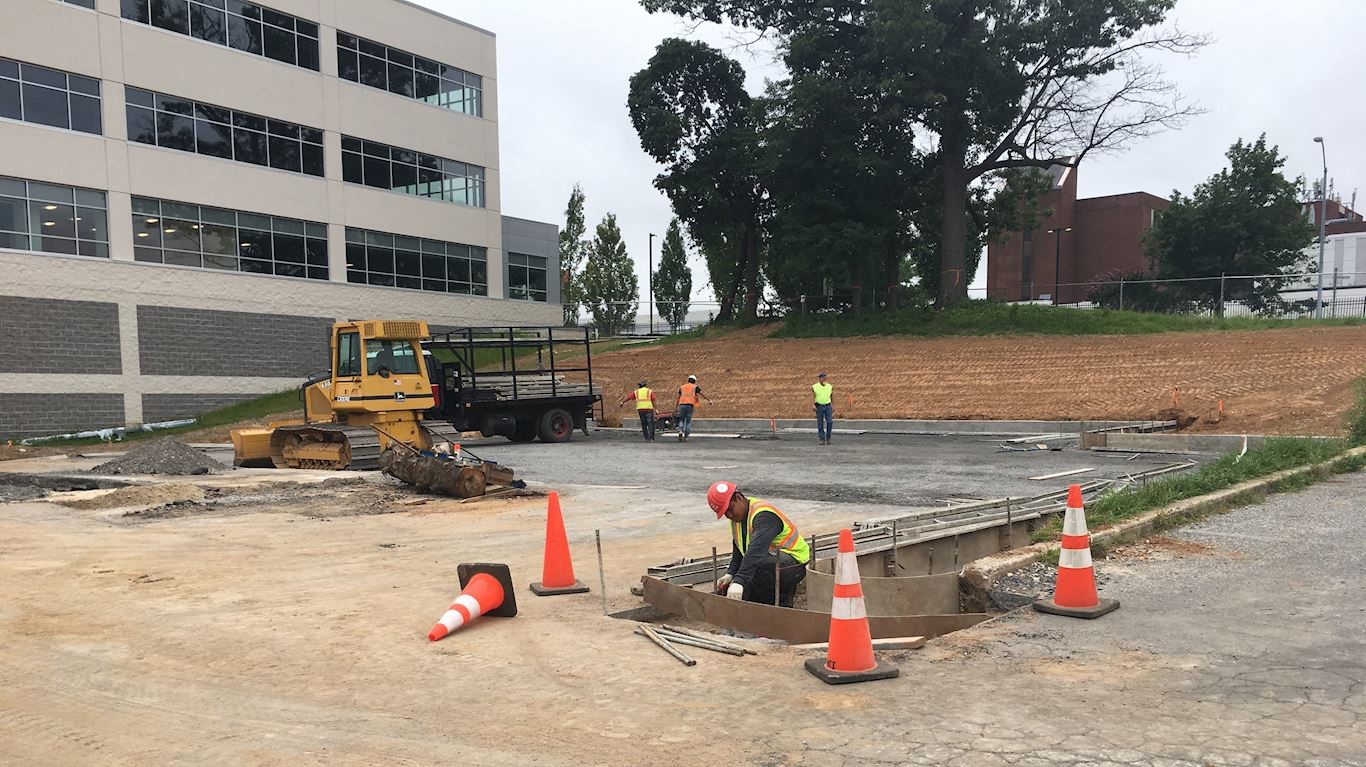 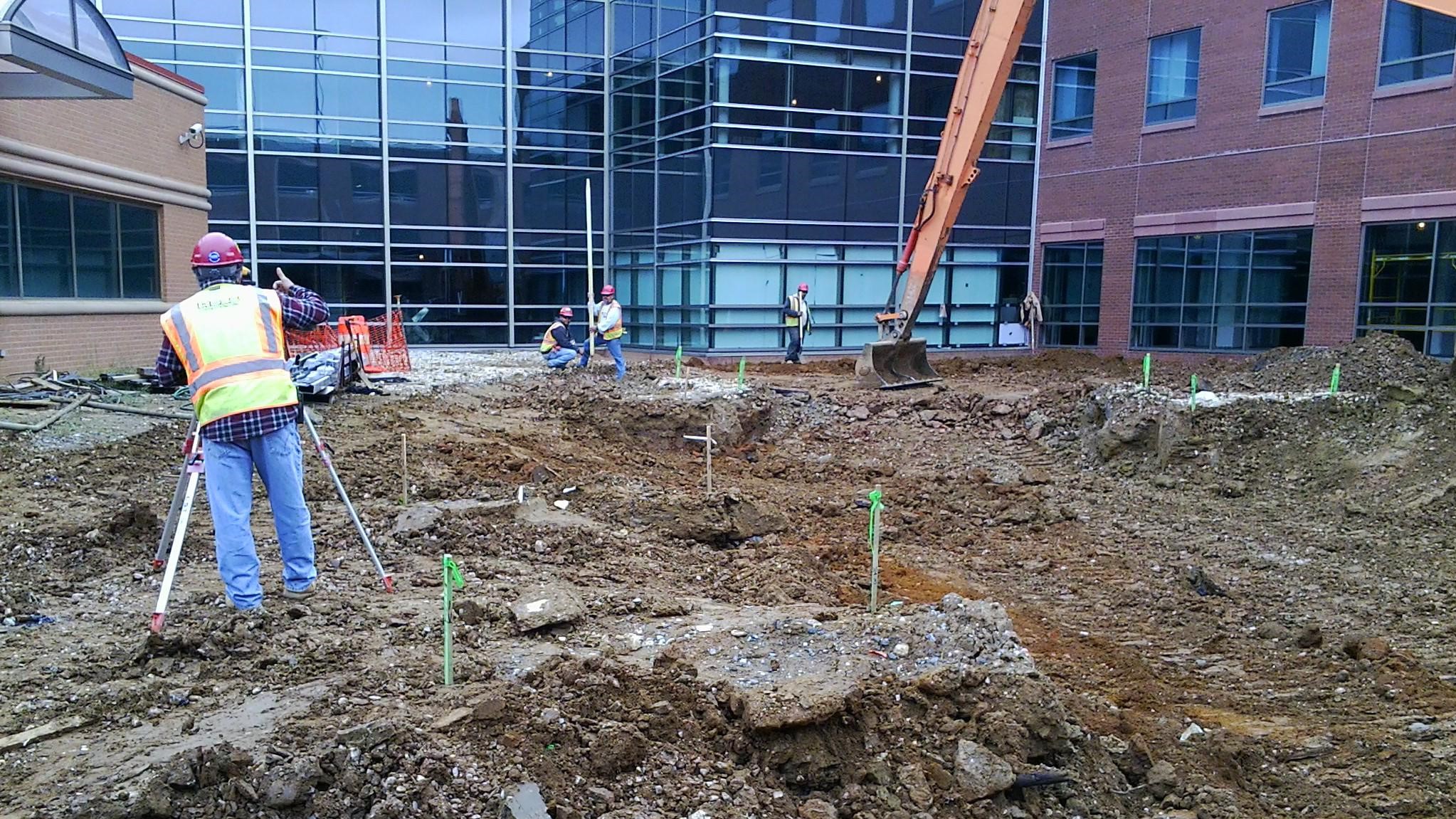